Trying to get homebrew running on your PSP? Want to add a screen light to your Game Boy? Trying to figure out how to work your GP2X? By popular demand, discuss it in here! (This forum is for pre-built handhelds, NOT custom made portables!)

Hello forum.
Tis nice to finally be talking to you. For I have been lurking here for quite awhile.

BUT! I have finally decided on what I shall be creating!

Behold! I shall build a NESBOY Portable.
(It shall not require a cartridge either!

I will be putting this PMP

Since the PMP has 4 buttons instead of 2 I was thinking of putting two micro buttons in the battery compartment.
So if you wanted to use the buttons or had to all you would have to do is take the battery cover off!
I have not received my PMP yet so this project is still a theory. But I will make this NESBOY Portable one way or another.

The camera I shall hide under the COMM. on top of the GBC. so you can just slide the black plastic over and take a pic.
I hope to use all the PMP features but have the GBC still look the same.

Of course some things will look different on the GBC such as the USB, SD card slot, and AV out.

But I will sneak those in on the Bottom and Sides of the GBC so only up close it shall look different.

If the parts from the PMP wont fit in the GBC I shall try using a Original Gameboy! 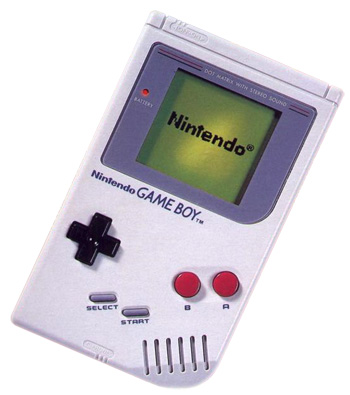 Above is me being an idiot.

And then when everything is too big I will resort to a Original Gameboy!

HardcoreLewscher wrote:all looking and sounding very goood,
can i have more info on that PMP please, not an excessive gadget geek and these are like, new to me =/
ah well they look awesome, but hey! more info more likely ill get one =D cheers ^-^

Sorry about not responding.

And the project is on hold. Obviously

This is a link to the site. http://www.pandawill.com/4gb-26-inch-mp ... 37835.html
Its a Personal Media Player but playing with it I would say its only good to play NES games on the go.
Buy a Dingoo it is much better.
Top
Post Reply
4 posts • Page 1 of 1