I've got my rig. Here are the specs, then I'll get to the problem.

I got everything up and running and installed Vista, installed all of the drivers from the included disc, and customized my BIOS. The only problem is that my computer does NOT want to acknowledge that my GPU actually exists. I can run windows at 1600x1200, but my integrated GPU doesn't appear in device manager, the closest thing I get to is going through display settings to change the resolution and it doesn't display a name of anything, doesn't let me update drivers or anything. I tried three different ways of installing drivers for the GPU but none worked. Every .exe aborted the installation because of the lack of hardware or current drivers. My experience index score is 1.0 because of my (lack of) graphics capabilities. Tomorrow I'm going to try installing windows XP and seeing if my problems clear up. If not, or if nobody on the internets can help me, I'm calling EVGA customer support (and we all know how much of a party it is to sit on the phone with them).
Last edited by Biased on Wed Oct 07, 2009 10:27 pm, edited 4 times in total.
My League Of Legends Referral Link. If you like DOTA, sign up with my link, try the game, and help me out!
Top

What video card were you looking to get?

According to a couple people on Tom's Hardware, a 6000 series CPU won't work. However, a 5000 series will and will still be a jump over the old one.
http://www.tomshardware.com/forum/25068 ... 1-question" onclick="window.open(this.href);return false;

That Athlon II definitely won't work. If newer AM2s aren't supported by your OEM BIOS, then AM3s almost certainly won't be. Dell doesn't want you to upgrade the CPU; they want you to buy a whole new computer.

Depending on what you want to do with the computer, you might be better off building a new one than putting more money into one that's 3 or 4 years old (especially an older OEM PC). It might cost a little bit more up front but you'll get much more for the money. Beside, you'll get more modern amenities like faster bus speeds and PCIe 2.0.
Twitter
http://www.pcwgaming.com" onclick="window.open(this.href);return false;
If you want a Dropbox account, please use my referral link
Top

Do you have any suggestions for a good mobo and other components to buy if I was going to start building my own PC?
My League Of Legends Referral Link. If you like DOTA, sign up with my link, try the game, and help me out!
Top

Well, what are you looking to use this computer for? I had one designed for me by some people at MR and with some help from bic, in the end it's at $362 without a disc drive. It's got a decent graphics card for someone who might play a game every once in a while, and an AMD 2.9 GHZ Dual Core CPU. If you want I can link you to all the parts.

I'm looking for something to be able to be a little bit future-proof for general productivity, and some day down the road (when I have money again after making the thing) to be able to play games. I'd need a disc drive though. I check dealnews every day and they have BD-ROM drives for around $75 or less every once in a while.
My League Of Legends Referral Link. If you like DOTA, sign up with my link, try the game, and help me out!
Top

Well, there's a long list of good products out there. It will be easier to write down what to avoid and watch out for.

- Don't buy PC Chips or ECS motherboards. They're the cheapest of the cheap, use the crappy Chinese capacitors that always blow, and they're really flaky. Plus they usually crun on crappy VIA chipsets. Pretty much all the others are good, but most of the time you'll see recommendations for Gigabyte, ASUS, and Intel motherboards.

- Don't bother with cheap power supplies. Yes, you can get a 500 watt power supply for $12 if you get a "CompUtek" or whatever, but it's going to be a crappy one with a lot of noise on the line. Remember, every other component in your computer relies on the power supply, so get a good one. (Corsair, ThermalTake, and Cooler Master are good ones.)

- Get a decent hard drive. Maxtor has improved its product lineup a bit, but I still prefer Western Digital and Samsung drives. There's no excuse, especially now that you can get a 1 TB hard drive for $75 (even no rebates).

- AM3 and Intel's i5/i7 CPUs only support DDR3 RAM (to my knowledge), which is much more expensive than DDR2. going with a brand new socket will give you more opportunity for upgrades don the road, but will be more expensive in the short term compared to a similarly-speced AM2+/LGA775 setup.

- More cores = more things done simultaneously. If you plan on doing a lot of multitasking, or if the games you want to play can take advantage of it, look into a quad-core. However, if most of your games only do 1 or 2 cores, they'll run better on a dual-core with a faster clock speed.

- Load up on RAM. For everyday desktop use on XP, 1 gig is plenty. On Vista/Win7, get at least 2 gigs. I have 4 gigs right now and it cruises through everything.

RAM is the cheapest and most effective upgrade you can make to a computer (well, to a point anyway).

EDIT: Here's an Intel i5/DDR3/Nvidia setup which is more or less equivelant to the PC I built. It will tear through pretty much everything out there right now. (Remember, the i5 lineup is a minor update / rebadge of the Core 2 line, however it uses the new processor socket so it's a little more future-proof) The CPU is equivelant to a Q9400:

Here's basically the exact setup I have (but I reused the optical drive and hard drives from the PC it replaced, and a ghetto-arse ATX/BabyAT case from the mid 90s). It scoots along really well, but pretty much represents the end of the line for LGA775:

Same as the above build but with an E8500 dual core instead (NewEgg doesn't have any dual-core i5s listed yet):

One based off that dual-core Athlon II you posted:
(Might not be the cream of the crop because I'm not partial to AMD/ATI and don't follow them as much)

Same as above but with a Phenom II:

I don't generally include cases in the builds I post (mainly because I think most of the cases out there look like crap XD), and I'll give you 2 price totals: 1 with everything, and 1 without the video card so you can see what the rest of the parts cost and add your own. (I bought the GTX 260 216 and have been pleased with it, and the HD 4870 is pretty much its equivelant.)

None of these were picked with multiple video cards in mind. If that's something you want, then you need either a higher-end motherboard or one based off an Nvidia chipset to do Crossfire or SLI (respectively).
Twitter
http://www.pcwgaming.com" onclick="window.open(this.href);return false;
If you want a Dropbox account, please use my referral link
Top

bicostp wrote:Well, there's a long list of good products out there. It will be easier to write down what to avoid and watch out for.

I love you, bic. But don't worry, it's internet love. Not the gay or stalker flavors of love.
My League Of Legends Referral Link. If you like DOTA, sign up with my link, try the game, and help me out!
Top

hybrid boards can use both sli/crossfire
Top

If I custom-make my own PC, is there any possibility of running OSX86 on my build? It wouldn't need to be optimized to run OSX better than Windows Vista/7, I'd just like the opportunity to test it out for fun or use the Mac productivity software for audio recording.
My League Of Legends Referral Link. If you like DOTA, sign up with my link, try the game, and help me out!
Top

You'll get caught﻿ up in the...CROSSFIRE! 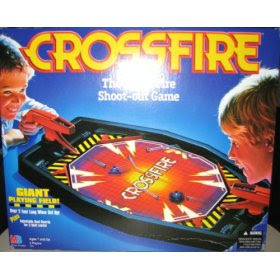 I think there are some cipsets that work better than others with OSX86. You definitely want to reference their compatability page when you shop for parts.

wow thats a nice discount on the lga 1156? cpus
Top

Yes it is, I saw in a review of the i5 on newegg that someone had simply said, "I found it for $159.99 from one of newegg's competitors," and I had to google "i5 $159" to find that microcenter was the culprit for having the criminally low price! (TERRIBLE joke, I know, but frankly my dear, I don't give a damn.)
My League Of Legends Referral Link. If you like DOTA, sign up with my link, try the game, and help me out!
Top
Post Reply
31 posts