I guess I need to show what I have acquired over the past few months.

February:
After years of wanting one. I finally got a Laserdisc player for free (sort of) back on February 4.
Specifically, I got a Pioneer CLD-V2400 Laserdisc player.
Spoiler: March:
I picked up a "iPod Car Charger" for $1 at a local flea market style store. Turned out to be a Belkin TuneBase FM Transmitter with ClearScan. (Which I already suspected it was some sort of FM transmitter when I first saw it.)


April:
On April 7, I got the following items:
PS2 fat with no controller and video cable (had power cable) for $10.
Activision Anthology for a $1.99 at Gamestop.

After going to Goodwill, there was a yard sale nearby. For a grand total of $1.75. I got the following games from the yard sale: Metal Gear Solid: Greatest Hits edition (PS1), Metal Gear Solid 2: Sons of Liberty (PS2), PSone Demo CD (PS1), and ATV Offload Fury 2 (PS2).
After going by another yard sale, then another store. (This time it was a consignment store.) I went to the third and last yard sale of the day. At that yard sale. I got a awesome new (it still had the tag and stickers) Superman hoodie jacket for $5. That about covers all of my recent finds until now. And the summer is still young.
Last edited by nightwheel on Mon May 14, 2012 12:00 am, edited 3 times in total.

If that mp3 player is what I think it is, I've totally been looking for one for years...
Top

I got this back on Sunday: eagle5953 wrote:I found a copy of Steel Battalion. And the monstrous controller. 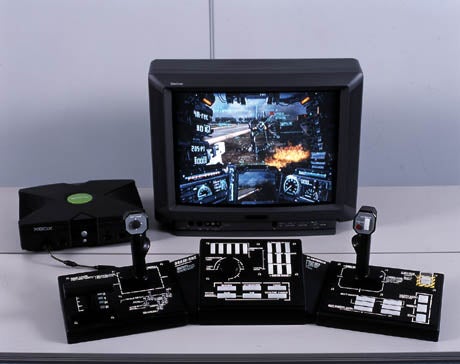 I also found some other XBox titles, and a few NGage games for lulz.

Aaaaand I sold Steel Battalion to the local retro shop for $100 in-store credit.

Metallica Man X wrote:That store had better have some killer retro stuff to be worth losing that pile of awesome

$100 is a pretty good deal for Kyle here imo. Last I checked they were around that on eBay, plus selling fees/hefty shipping cost/shipping hassle, on account of its massive size. I'd most likely take the same $100 local deal all day for mine and not have to worry about the headache.

wallydawg wrote:$100 is a pretty good deal for Kyle here imo. Last I checked they were around that on eBay, plus selling fees/hefty shipping cost/shipping hassle, on account of its massive size. I'd most likely take the same $100 local deal all day for mine and not have to worry about the headache.

Those were exactly my thoughts. Shipping it was going to be a huge pain. I considered listing on craigslist, but it's such a niche item.

Works out well for the shop owner, too - lots of people asking what it is.
Trading Post Feedback / UWGB XBox / XBox Slim
Top

No one has posted here in a while, so I thought I better throw something down.

Picked up a PS3 with a dead Blu-ray drive for $50. Figured it wouldn't be too hard to get a Blu-ray from another dead one. So far haven't found it, but whoever sold it to me left a signed in Netflix that they haven't used for a while so I'm borrowing that for a bit.

Put out a post on a used site asking for dead Ps3. Guy had a slim 250 gig that worked but had a "dead hard drive"

no cables included. found an old laptop cable that fits and powers it. Plugged in HDMI. Powered that SOB up and BAM it tells me that the files system needs to be repaired. An hour later she reboots with the same message. Held down the power button, selected restore PS3. reboot. Works, nothing wrong.