So I saw a Mazda ad (for the Mazda3) on TV yesterday, which got me thinking: what other fun-to-drive cars are out there today? There are a lot of car enthusiasts here, so I hope that this would be a decent place to ask.

I know at least a few people here are really into small RWD 80's cars. What I'm wondering is if there are any cars today having a similar fun-to-drive factor. Because as I started thinking about the Mazda3's competitors, I realized how boring many of them are.

Let's say 2005 or newer and under $20k.
Unfortunately there don't seem to be any newer fun-to-drive cars. So, if you were buying a car, what would be your choice for something high on the fun-to-drive scale, regardless of age? (let's still try to keep the price under $20k though)
Last edited by jdmlight on Sat Mar 05, 2011 11:28 am, edited 2 times in total.
--John (and please call me John, it's really weird to be called by my username)
Fight MS Paint abominations! If you don't have a camera, go here, and pick something 3 megapixels or higher.
Top well, I know its not (quite) what you asked for, but a 2000 honda civic hatchback with a newer (possibly even 2005 or newer) civic engine in it is really fun to drive. little thing is quick, turns on a dime, and pretty stylish as well. plus, the civic is the "Mr. Potatohead" of cars. you dream it and you can have it look/perform it
He who does things in wrong order
If i can't RROD my Xbox once a week, I'm doing it wrong
Current Projects -
Cheztendo64 - In design Phase

I'm excited about the next wave of those rwd cars. The FT86 is about the size and wieght of the Leven but with a boxer motor in the back seat. Options like RWD AWD, hibrids not even on the table they are shiping the green version as a high out put green diesel base line under 20k no real name as of yet. wait till spring.

A Mazda 6 is also great! Especially in manual and not stupid automatic rubbish...

marshallh wrote:my 3000gt is a blast to drive, even though it's big


had the same motor in my dodge shadow when I was 19, fwd only, takes off and rips well. Not one I'll miss, it was a turbo charged convertible with a bad top and heavy clutch. The Rabbit was to much fun. I remember getting out to these logging roads with her. that day I saw so many suvs pulled over going up this hill. the little crap car just flung up it, I remember the joint coking my upper lip. My stereo was eating through some Alice and chains on it's one good speaker and 200 dollar amp. All these sweaty tourists being overwhelmed with so many blind turns pulling off left and right, clearing the road I kept plowing up. I watched all the change collecting behind the dash crash into the rollies I couldn't find that morning, they dropped pass me onto the back window. I just let her take me up till it was just me and trees. Corners over hills into turns, dropping and raising into hills that keep making you wonder if there was any road on the other side. good feeling... yeah I think I'll set off soon to do a season in the rockys again this year.(Need the money for school any way) this year we've got a big old buick to take care off through my favorite kinds of roads.

What definition of "fun to drive"? An econo car that corners like none other, or something designed with performance in mind? I would like a Pontiac GTO or G8 GT. Big V8 with all the torque in the world and RWD.

Plus they both look sexy and there aren't too many of them around (unlike Mustangs). You should easily be able to get a GTO for under $20k, G8 GT might be a little difficult.

You lucky Aussies with your Commodores and Falcons.

yeah though you could make more power now with less motor and spend less on gas, you will be missing torque. lot's of today's cars still need a fair bit. I think however a diesel however your taste in transportation will be a must. I just like diesels, I guess it's the smell.

cennar wrote:yeah though you could make more power now with less motor and spend less on gas, you will be missing torque. lot's of today's cars still need a fair bit. I think however a diesel however your taste in transportation will be a must. I just like diesels, I guess it's the smell.

You have brought up the awesomeness that powers my dream car.

Take away some of the drift specific mods and it would be the sweetest sleeper ever.

oh good car too, best diesel for the last 50 years on top of that. Audi and there top three diesel wins to add to performance.

That mrc I test drove one a wile back. it had messed trany. all of them came standard with automatic transmissions. hard to find any one to get the work done out side of Victoria (way different in other countries I hope). still the next two for around that age where not in any better shape. it was always power train and not the motor. if you want a good motor to last for ever they made a strait 6 in the 300d that was perfect. frigging heavy none the less.

my definition of fun is being able to run on the smell of an oily rag.
or
non power steering.
Australian Kaillera server
[url]hhttp://i56.tinypic.com/ncb0wi.gif[/url]
Top

personally i'm in the "old car = better car" camp lol. There are some awesome new cars coming out but the period of time from 1996 to about 2009 was a total good car drought pretty much. just about anything European or Japanese from 1983 to 1995 has the potential to be an awesomely fun car and reasonably affordable. right now i own a 1987 Volkswagen cabriolet and a 1954 oldsmobile. and previous to that i have owned a 1987 Subaru XT GL-10 turbo, a 1992 BMW 325IS coupe, and a 1990 Volvo 740 turbo wagon. sorry for the large pictures! 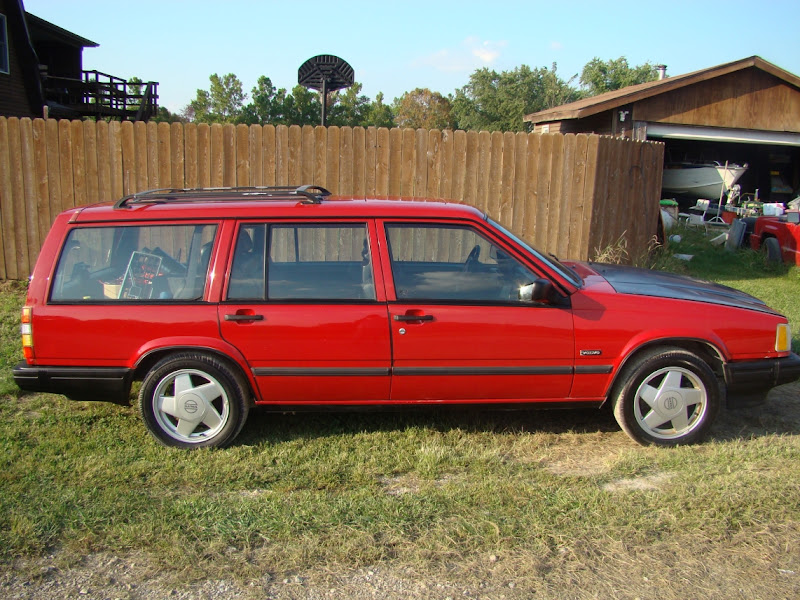 after some of the repairs it needs i'll still have less than 1500$ invested in the car and it is a total blast to drive (5 speed, 1.8 liter, about 80hp and weighs 2000 pounds) i miss my volvo the most however as it was super comfortable and a total blast to drive, if it had been a 5speed i probably never would have sold it. i sold my BMW to a friend of mine because it had more problems than i could handle to fix (bad head or headgasket among other things) and he is gonna fix it or put a v8 in it. and my subaru was a GREAT car, except it had already rusted to death before i bought it. i would have kept it if i hadnt been worried about it breaking in half. the guy i sold it to had another one and he is selling them both and buying a VR6 jetta

I'll probably never actually have one, but I sort of like the idea of taking a Dodge Omni, stripping out the interior, installing a 2.2L T-III engine (With fun things like a bigger turbo, chipped ECU, water/alcohol injection system, etc), bigger exhaust, maybe a few other things here and there... You probably get the idea.

Now that I think about it, an Omni/Horizon is actually pretty similar to an old VW rabbit, isn't it? So you can basically imagine taking a car like that first one you showed, making it slightly lighter, and then putting somewhere around 300+ HP under the hood instead of the ~80 HP you have. (Actually, with the way I drive, I'd probably end up getting myself killed with a setup like that, so it's probably just as well that I'll probably never actually have one.

if I had the sense to slow down and stay in one place, I would totaly be mashing up old cars like I do with electronics. Those old subarus though part out into grate motors for instance. my step dad showed me when I was a kid hown to put them in ultralights and told me why they (boxer motors, flat layout) where perfered over v6 or v8 motors in most light aircraft. though like a year latter he had lost every thing he owned and I was in night school renting my first apartment. Apartments are horrible for working on motors, though I have been in two bed rooms where one room there was a motor being rebuilt and the other room a bike chassis had been stripped. in no ware where you going to get laid, but maybe the kitchen on a good day.

Ahh good time in my life to start investing on space... I honestly couldn't care where I'd end up. I just want to work on cartoons and have the space to muck about with any thing that comes into my head.