After all the rumors, we finally have it. And it's coming super quick. Sony said it would be available in all regions by September 11'th. It will have the same features and functions, come with a 120 gb drive. It will also be 33 percent smaller, 36 percent lighter.

jjhammerstein wrote:I'm going to hunt you down and rape you forever. 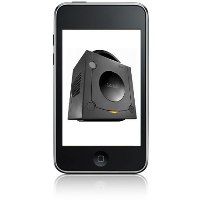 And may the epicness shine forth from portables made with this system! Although, I do wonder if they decreased the power usage at all.
It deosn't mttaer in waht oredr the ltteers in a wrod are, the olny iprmoatnt tihng is taht the frist and lsat ltteer be at the rghit pclae. Tihs is bcuseae the huamn mnid deos not raed ervey lteter by istlef, but the wrod as a wlohe.
Top

So it only needs 2/3 of a nuclear reactor?

Honestly I'm surprised they kept the slot/tray-load Blu-Ray drive. Maybe they think they still want it to feel like an upscale device, and snap-in drives feel cheaper? (They almost certainly would be cheaper in the long run...) Or maybe they just haven't developed a top-loading Blu-Ray drive yet.
Twitter
http://www.pcwgaming.com" onclick="window.open(this.href);return false;
If you want a Dropbox account, please use my referral link
Top

Eh, i'll keep my ps3. The only difference is this thing is smaller and less energy using

No need to sell and then buy it. xD

Since PS3 Slim Is Comming Out...

Anyone wanna portableize THAT? Its smaller, so Im assuming easier and less energy output too
Top

Looks like no linux though...
If you're getting 404'd when trying to use the links in stickies, try this tutorial to find that juicy info.
Top

I'm curious to see one in person as the picture don't make it look like anything special. Not that the original is sexy or anything, but there was a certain sleekness to it with the glossy finish.

At any rate this is one hell of a deal! For a mere $50 beyond the cost of a Wii you get a hi-def gaming system with a 120GB hard drive, Blu-ray, built-in ethernet, a decent online service, and a growing number of great exclusive games.

For anyone who was previously on the fence, I don't see a point in waiting any longer.
A Fistful of Reviews

Well guess what? 40gb PS3s go for 229 used at Gamestop, where I just got back from. So I bet craigslist is gonna get a good amount of ps3s for 200! Hells yes!

If you're getting 404'd when trying to use the links in stickies, try this tutorial to find that juicy info.
Top

Although, unfortunatly for you in the US, bestbuy.com still has their old PS3's at $400.

Edit: Haha, The store I work at sells:

Be ready for cheap used PS3's at stores near you guys.

Kewl. Maybe now I'll have a reason to buy a PS3 now that it's no longer cumbersom..and much cheaper

So why would someone sell their old PS3 just to buy one of these new ones?

There's no reason I can think of other than if someone thinks this new PS3 is the most amazing looking piece of hardware ever built.
A Fistful of Reviews

For the same reason that everybody went out and bought a DS lite.