I seem to remember having one of these before, but i looked and couldnt find it! So in that case Lets see em! i know at least a few of you are old enough to own a car (or drive at least)

post your cars, trucks, SUVs, four wheelers, motorcycles, bikes or whatever it is that gets you from point A to Point B! I just sold my own car a few days ago, so the official ride of MGC is no longer the lolvo (1990 volvo 740 turbo wagon)! But i did buy another car already, havent had the chance to get it home and get it cleaned up yet but once i get it goin it will be pretty awesome! 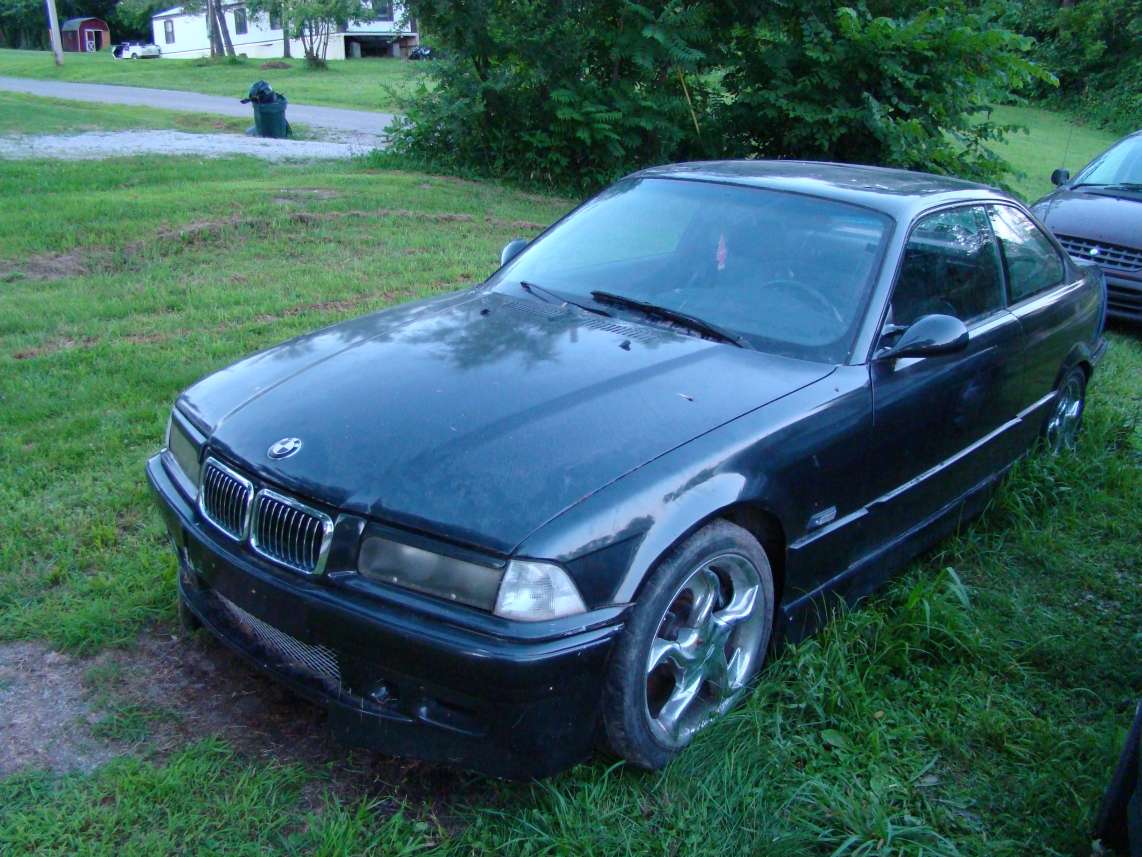 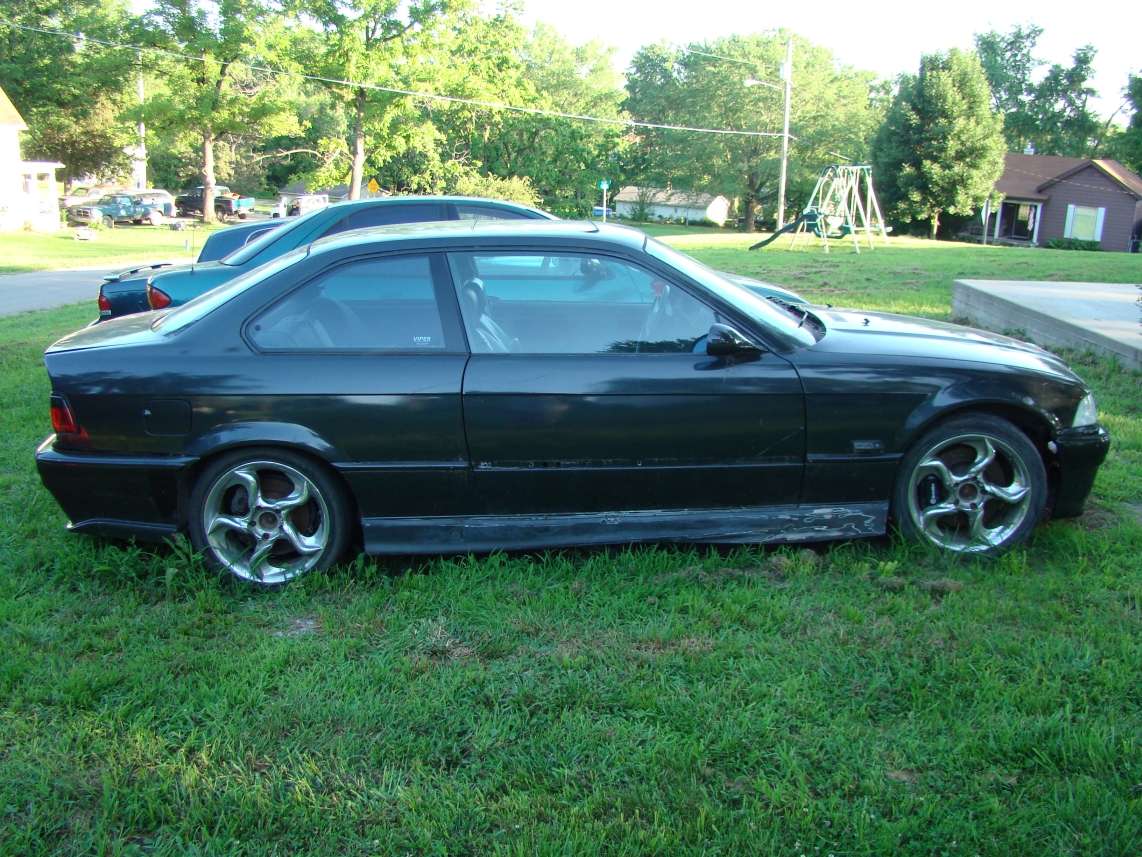 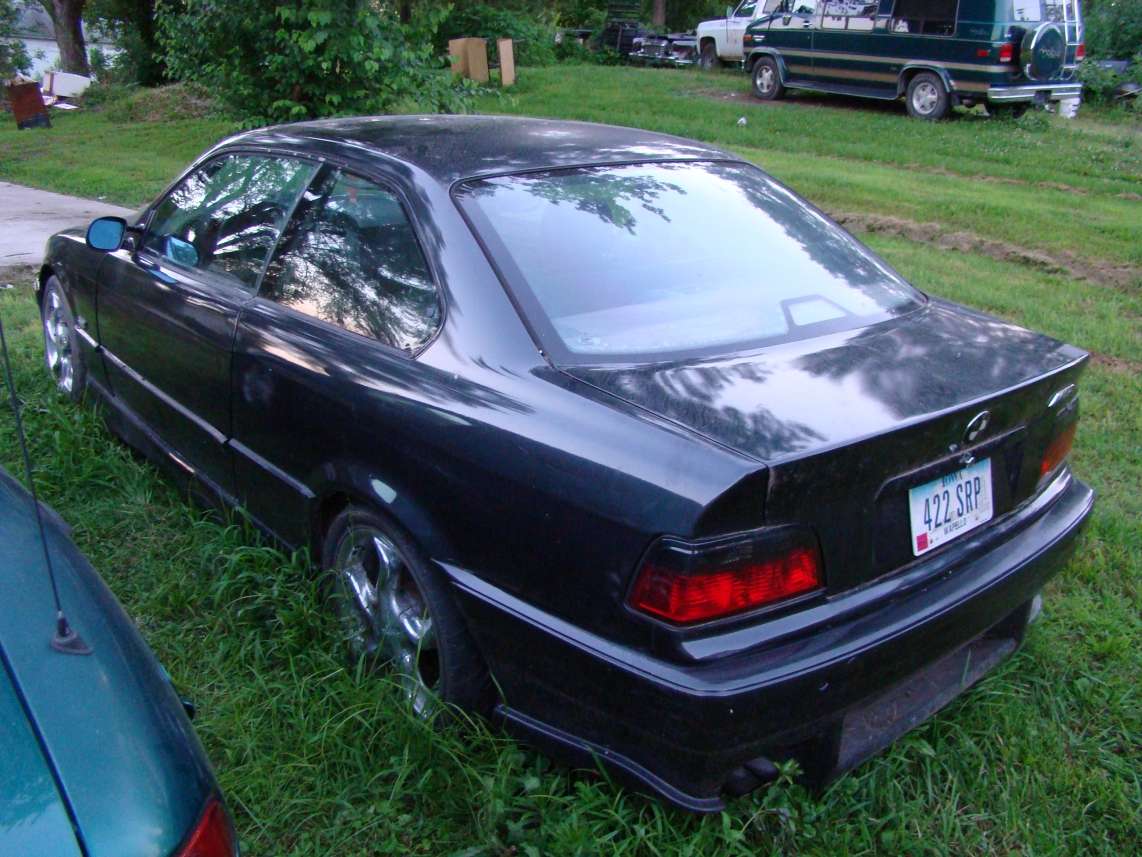 should be pretty awesome once i get everything fixed up on it! and i only paid 600$

Daily driver: 1999 Saturn SL. 1.9L SOHC I4, 4 speed slushbox. Base model with air conditioning and an aftermarket stereo the people I bought it from installed themselves. (I had to take it all apart and re-install it this past spring because they did a real crappy job.

The stupid thing was held in with metal tabs, and the entire center of the dash rattled all the bloody time. Eventually it got to the point where it had to be put back together right using JB Weld and some black gasket-in-a-tube.) It was obviously in an accident sometime before I got it because the headlights are a little 'off' and the front bumper has chunks missing, so eventually when I have enough time/money/ambition I'll go to the scrapyard and get the front bumper, bumper cover, and plastic bumper core from an SL2 or SW2 (the nicer models), paint them with some Dupli-Color bumper paint (to match the repainted back bumper) and throw them on there. (Even the coupe models are the same underneath, but an SC front end swap would mean finding a hood and fenders as well.) It will still look better while adding a place for fog lights. (Wire them up with a relay to turn on with the parking lights and high beams.) It's only got 83k on it. Other than that it's bone stock, so if you find any picture of a green one with black bumpers you know what it looks like.

Project / yard beater / whatever: 1974 Dodge D200. 225 slant-6, really low 4 speed manual, 4.1 (posi?) gear set in a Dayna 60 rear axle. Still has almost all the original parts. It drives under its own power (that engine is unstoppable), in fact we used it to haul some wood last year. Obviously it needs a LOT of work, since it's been sitting in the yard since 1989. No accessories, though it does have power steering and an aftermarket Roadmaster AM/FM stereo cassette hooled up to some cheap speakers mounted behind the seat. (It probably came with an AM only radio, since it just has 1 speaker in the dash, and it's shot.) Most of the things I hope to do in the near future are just damage control. (Fixing leaks, welding the exhaust manifold back together, scraping off the grime to not hear complaints about it, etc.) The passenger side door works fine, but the skin and bottom are shot because it crashed into a tree a long time ago (before we got it in '85). The cab corner's pretty rough, and the front of the bed has a huge dent in it from where it hit. (It's about 10 by 14 inches, and 3 inches deep.) It needs a laundry list of parts, like new floor pans, new rear brakes, a passenger side door, passenger side bed skin, PCV valve, ignition coil, air filter, new exhaust from the manifold back, high beam switch, emergency flasher switch, various lights, some interior switches, glove box door, passenger side mirror, power steering belt, fan belt, spark plugs, weatherstripping, driver's side window crank handle... And that's just to make it street legal, never mind making it look good!

Finding parts is relatively easy because Chrysler put that engine in basically everything, but finding body panels is harder because it wasn't as popular as the Ford F series and Chevy C/K. You have to look for Plymouth Trailduster parts; they're basically the same thing except the Trailduster was a 2 door SUV.

Nice! How many miles are on it?

The only thing I'd watch out for is if the person you bought it from drove it really hard (half the time ricer 'improvements' = tried to race it). Change the oil, flush the coolant, replace the transmission oil, replace (or at least clean and re-gap) the plugs, check for leaks, you know do all the regular maintenance stuff.
Twitter
http://www.pcwgaming.com" onclick="window.open(this.href);return false;
If you want a Dropbox account, please use my referral link
Top

The only thing I'd watch out for is if the person you bought it from drove it really hard (half the time ricer 'improvements' = tried to race it). Change the oil, flush the coolant, replace the transmission oil, replace (or at least clean and re-gap) the plugs, check for leaks, you know do all the regular maintenance stuff. Posted this before I think...but now it has no problems for me to complain about! I'm not even going to knock on wood, because everytime I do that, it seems there's a new issue with the car the very next time I drive it!
Top

Awwwwww.... My ride is a bike as I'm not yet old enough to drive.

It rained last night and havent cleaned it yet.

Posted this before I think...but now it has no problems for me to complain about! I'm not even going to knock on wood, because everytime I do that, it seems there's a new issue with the car the very next time I drive it!

I convinced Skyler to get one, and in between repairs he loves it

Also, wrapped up the valve cover+plenum job and sanded off the letters.

Yeah, even if the problems with the motor are catastrophic (all signs indicate a pretty simple job, or a rather complex but totally fixable one at worst) i will make money if i sell it l

and pirellis are good tires! this BMW has pirellis on the front and khumo ecstas on the rear
Visit us at Portablesofdoom.org
Top

I hate body kits. Why ruin a bmw with plastic?

Not my car specifically, but it's the same year and model:

Go fuel efficiency! This one corners extremely well. I take a 90 bend meant for 30 km/h at 60 easy.

That's roughly 20 and 40 for you yanks. For a stock ford compact, that's pretty good

I'm in the process of getting a car. If my parents allow it, I'm getting a Mazda 3

Not my pic but the same thing. My sisters used passat

Sweet, only 3 accidents in it, 1 broken taillight, and my parents wont let me mod it in any way

You should post some pics of you driving the BMW triton, once it runs.

My friend has one of those, they're quite nice. Hell, I have multiple friends who have Mazda 3s. It's a good car.
Hey, sup?
Top
Post Reply
129 posts