"And I thank you for playing Twisted Metal!!"
Top

I like Dig-Dug personally, I mean come on he blows up scuba divers and dinasours and being underground at the same time!

My vote would definitely have to go to Sephiroth. People that go completely insane are awesome
What I have shown you is reality. What you remember, that is the illusion.

"Say, what does this button do?"

I would have to say that dark samus is the bomb with all that phazon absorbness and whatnot...
Top

heres my old avatar of him, definitly the coolest kong

image is from this page http://cursors.pocketheaven.com/
when life gives you lemons make flux

woo there are a lot of videogame characters i love, nightmare from soul calubur 2 pwns hardcore, master cheif is petty cool too, serious sam, gex the gecko, the characters from mechwarrior 3 (even tho you never see them they pwn!) the characters in morrowind too! oh btw if anyone has mechwarrior 3 wanna multiplay sometime? i love that game
Visit us at Portablesofdoom.org
Top

Actually, Dr. Hawkins -because he is hilarious
OR
Kratos -his skin is pale from the ashes of his wife and kid who he killed

It's not about quantity, but rather quality 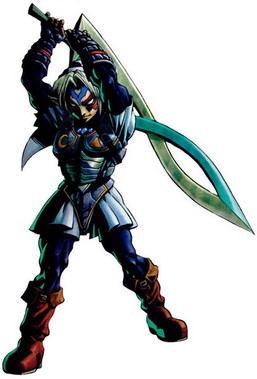 Hmm my favorite chars... for rpg, deffinatly Tyreal. For RTS, I'll go with The Archon (props for star craft). For counsol games, sonic, or maby the brutes form halo...

Man I love those games!


(Actualy that flame thrower was pretty awful come to think of it (you won't remember it unless you had the pc version or downloaded the added content from Xbox Live! while lucasarts still had it up), it had unlimited ammo but was so weak that you needed all those extra shots just to do any damage.)
<a href="http://www.nerdtests.com/ft_cg.php?im">
<img src="http://www.nerdtests.com/images/ft/cg.php?val=5780" alt="My computer geek score is greater than 83% of all people in the world! How do you compare? Click here to find out!"> </a>
Top

Hey Harshboy, I don't recognize that one.Who is it?Remind me remotly of Link, but I dunno....