What Portable would you rather have?

What Portable would you rather have?

What one portable would you want the most to own. Between the Gamecube, Dreamcast, Xbox, or PS2.
Top

That's a hard one, but I'd say I'd want either a portable ps2 or a portable dreamcast.
Top

Gamecube. So much more games then DC, and so much better games then PS2 in my opinoin.
Top

I've gotta say that although I like nintendo a lot, the gamecube doesn't have very many games that I like. PS2 and DC have some of my favorite games so far.
Top

In my opinion, although PS2 has a massive game library, it just doesn't seem to have any good games. I don't see a thing on PS2 I like that I can't get already with better quality on GCN. DC had some great games, Sonic Adventure, SA2, Evolution and such, but in the long end, you can buy those games ported already.
Top

Well a DC is very tempting I have to go with the PS2. I has all my favorite mecha games (armored core series) and well it plays dvds, without need for an add on. DC can only play vcds and mp3

Dreamcast by Far..... i think dc's capability's -aprt from dvd- are much better than PS2, I mean c'mon, You HAVE to have a dsl connection to go online with Ps2, i know it isnt listed, but i would have liked a Mega-Drive Portable -excluding the gamegear.....
Top

Gamecube. I've got about 30-40 games for PS2, but I've been playing the 18 or so for Gamecube a lot lately. I'm waiting for the next PS2 blockbuster. I looked over my PS2 games recently and was shocked to discover how many I have not beaten yet, and doubly shocked over how many I haven't even opened yet. I rarely buy new games, so when one comes down in price, I buy it. Thing is, I usually don't play them right away. I have 2 unopened for GC and 8 unopened for PS2. I think I left one sealed for N64, but that one was Majora's Mask and now I have that one on the Zelda compilation disc for GC.
Top

GCN has Resident Evil and Legend of Zelda

X-box has Halo but it isnt as fun in singleplayer.

PS2 has GTA and PS1 abilities

I never owned a Dreamcast

I gotta go with the xbox If I could make small enough. I have tons of games for it and they have Grand Theft Auto and HALO. If size matters I'd say the gamecube sounds pretty good.
Top

It has all sorts of cool games, though something like the Xbox Or PS2 that can play DVD's would be pretty cool to.
<img src="http://hk47.portablesofdoom.org/files/i ... ig/sig.php">
Top

DrEamCAst because its freaking sweet.
Vmu, Emulaters linux(That doesnt suck) it can play ps1 games (if i find any besides driver2 that are any good) VCDs, divX, and if im downloading movies or copying tv shows i dont have to waste a dvd on them.

and then there are the old way the copulate better preformance than a ps2.
oh god what else well then theres the dc is well built dont need a mod chip unless you have an almost rare version2. theres a ton of home brew for it and you dont have to worry about size as much as you have to with a ps2, and shape with the cube. and the x-box is freaking heavy but even that i cant thing of more than 2 games i want to play on them an even then i could live with out those games. 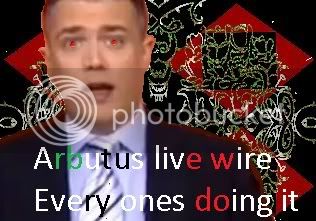 Mrfiddlez wrote:but i would have liked a Mega-Drive Portable -excluding the gamegear.....

Well a DC is very tempting I have to go with the PS2. I has all my favorite mecha games (armored core series) and well it plays dvds, without need for an add on. DC can only play vcds and mp3