On normal CD's when you burn them it is obvious what is burned;however on original PS1 disks, the whole disk is black and you can't see.

So palmertech, assuming you can rip an entire disk onto a mini disk, or whatever, what mini drives would work on the PSone?

You could get a chipped PS1 and burn on mini CDs.

That's the only only way to do this easy.

bacteria wrote:On normal CD's when you burn them it is obvious what is burned;however on original PS1 disks, the whole disk is black and you can't see.

So palmertech, assuming you can rip an entire disk onto a mini disk, or whatever, what mini drives would work on the PSone?

Black PS1 discs burn at the same data density as normal CDs, so you could look at the size of the ISO, then mark the spot where the burn stops on the burned ISO. Measure the distance from the outside of the disc, and then grind away the same amount on the PS1 disc. Or, modchip the PSone and use burned discs for most of your games.

So you can either rip and burn to a minidisc, cut a normal CD down and burn to that, or cut down the original game. The first two need a modchip, the last does not.

I have a modchip floating around, plus I'm pretty sure you can bypass some chip on the mobo that'll stop the ps1 checking if it's an original CD (I'll try and dig up the link), also you can just do the swap disc trick.
Australian Kaillera server
[url]hhttp://i56.tinypic.com/ncb0wi.gif[/url]
Top

There isn't a simple chip to bypass just to make the copy protection stop working. When a game is inserted the copy protection chip (not actual name) checks its authenticity and country code. If it doesn't check out it won't output the signal needed to start the game. This is where modchips come in. Once you turn on the psone they are responsible for giving that good to go signal. If it is a cheap modchip it will do this all the time and thus anti mod games like FFVIII will not work. More expensive mod chips are less intrusive and turn off when the game starts and shut down if an original disc is being used.

If you can't find a modchip you might need to make your own. The good news is that there are plenty of files to program a PIC to work as a modchip. The bad news is that a lot of these are unavailable because of lost webpages and the PICs they were aimed at aren't around any more. That said I have been working on making my own modchip for a PIC 16F628a so if that works I'll tell you.

Bottom line is be careful with the chip you have.
Top

I have a chipped PSone and a switch at the back of the console controls the chip at will by cutting power to it when it needs to "hide." 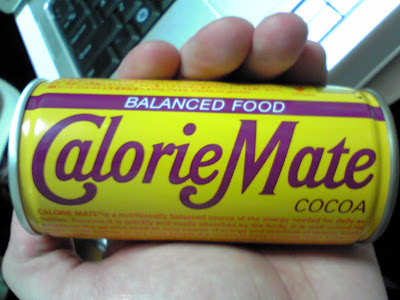 We also have the blocks, like in Metal Gear Solid. I didn't realize that they were a real product before moving here.
Top

Okay not really an update I know but its frustratingly slow work, a lot harder than I expected, so I'm now looking at changing my point of cut (3 dead boards later), also on the side my plan is to first build one without relocating the board, and fit it inside an gameboy original case with the game genie on top, plenty of space to start off, and later on (holidays maybe) I'll restart the trimming process
Australian Kaillera server
[url]hhttp://i56.tinypic.com/ncb0wi.gif[/url]
Top

What the heck? I seriously posted that as a reply to the Pepsi/Mountain Dew thread. I dont know how it got here. Sorry about that!

But since i'm posting anyhow, I believe the best bet would just be a mod chip and mini-cdrs. You can strip out the in-game movies to save space.
Top

If you plan on trimming CDs, you might want to make some kind of lathe to do it on. (Freehand circles aren't perfect circles, and you want perfect circles to help keep the disc in balance.)
Twitter
http://www.pcwgaming.com" onclick="window.open(this.href);return false;
If you want a Dropbox account, please use my referral link
Top
Post Reply
25 posts