Discuss LEGAL mods for your game systems, and turning them into portables!

Some of you might remember my old attempt at Xbox 360 WVI (V.1 Version link :Xbox 360 WVI V.1). Video link is also present there. So I decided to make it what I originally wanted to make. So lets take a look at the project

We all seen techknott's WVI's for Xbox 360 and PS3. I think his PS3 one looked the best. Since I am married and have 2 small children and live in a very small apartment I had to share TV with my wife the whole time. She hated when I went to kid's room to play and not be with her in the room. So I decided to build Xbox 360 WVI so both of us can be in the same room but enjoy what we like individually.

Most of the materials were salvaged from the first project. The list if materials with links:

a.) Monitor : Model CVTM-C71-N1 Buy Link. The monitor is 7" with 800x480 REAL resolution. I can see pixels only being real close to the screen. Even at composite wireless video signal the picture is awesome and very playable. You can check the image quality by looking at pictures. It runs anywhere from 6-12V. It has to 2 Composite inputs plus wireless remote.

b.) Wireless AV Transmitter/Receiver : Foxtech 5.8GHz 200mW Tx/Rx Buy Link. Very, very small kit usually used in aerial vehicles. The power draw is very small and the transmitting distance is pretty good. I can get signal in the basement and the transmitter is on the first floor. You are only limited by Xbox 360 wireless controller. The receiver can run anywhere from 6-12V. The higher the voltage the hotter it gets. I run it at 7.4V so I have no problem with heat

d.) Battery : 7.4V 6400mAh from BatterySpace.com Buy Link. Also includes build in battery checker and protection circuit. I also bought a charger for that battery. The old project could run for more than 8-10 hours so this one should be about 1-2 hours less I think. I now have to power Xbox 360 wireless controller and audio amp.

e.) Wireless Xbox 360 Controller: Extra one I had in black.

f.) Case: Modeling Plywood Buy Link. I figured that working with wood would be the easiest way to make a case I wanted. It is very lightweight and durable. Easy drill holes, cut etc. Paint friendly. See the results below.

My only tools that I had access to were a dremel, power drill, and table saw. I worked in my father-in-law's basement (I live in 4 family home). I was sitting in the living table and doing all the work. I was very limited with time, tools and working environment. I spent maybe 2-3 hours a day some 2-3 days a week for god knows how long haha. I am done with the receiver part but I want to rewire and paint the transmitter part (Little box you can see in Version 1 link above).

For wiring I used a spare ethernet cables. They might be a little thick but they are made of stranded wire with is a little bit less prone for breaking when bending. One thing I would recommend for any electronic project is get yourself some FLUX. Desoldering components from Xbox 360 wireless controller and soldering anything is SO MUCH Easier!!!

Hardest part was to align cuts, drill holes etc to button and top pieces. Mounting buttons whas a pain in the a** especially the D-Pad. That damn D-Pad took me few days of work

. I tried may different ways and finally I was able to get it to work the way I wanted.

The Xbox 360 wireless controller board is mounted in the "air". It is raised on two 5mm rods about 1 inch high. Underneath the controller board is a battery. It it placed in the perfect location as the center of gravity is almost perfect int he middle. The rumble motors are on the bottom on each side.

The triggers are "inside the case". I did not want them to stick out or be in the way when the box is laying flat.

PORTS: So I have a charge while playing etc for charger for battery, Extra Composite INPUT with Stereo Audio INPUT, Power switch, and selective AUDIO output either to another 3.5mm jack or speakers. I tried to include VGA port as the 7" screen has pins for VGA and even Component inputs but I think the firmware was not programmed for those as the screen does not AUTO swith or nor you can switch to it with input button. So I had to take it out and cover the hole in the case. You will notice that in the pictures.

I used PSP buttons for shoulder buttons. I had some cases for PSP that I ordered from DealExtreme.com. I figured instead of making them from wood I would use them as they look nicer.

The button layout is pretty good. It feels pretty comfortable when holding it and it is not too heavy.

I read posts of people complaining that composite video is not worth for Xbox 360 etc. Let me tell you something. The screen that I have with 800x480 REAL resolution is awesome!!!!

. I can play games without problems. I highly recommend it if you want to build one. The screen is the key here for good video output.

Also, there are no voltage regulators. The receiver runs on 7.4V, the xbox 360 wireless controller is about 3V powered from the screen (tapped to lines going for key inputs) and audio amp runs at 5V which I also tapped to a screen. Very clean and simple.

What is left to do is repaint and rewire the transmitter box.

So enough of my talk and take a look at pictures. I will update the post with video(s) when I get time to make them.

Feel free to ask any questions,

I finally finished the transmitter box (rewire few things and paint). Also I applied some labels for ports, controls etc.

I finally finished the transmitter box (rewire few things and paint). Also I applied some labels for ports, controls etc.

Here is some info about paint I used: 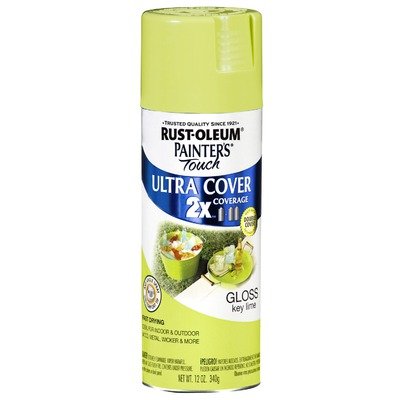 The pictures don't say it but they also bond to plastic (It says so on my cans).

All bought cheap at HomeDepot

one thing though? why did you make the unit so big? from the pics of the internals it looks like the device could be a third shorter, or is there something I didn't see?
Top

The overall dimensions of the unit could be shorter but they are this big because of four things:

1. Xbox 360 controller board: You cannot cut it or at least I did not see any guides of cutting it. So in order to have access to guide, start, stop button I had to mount it below the screen. IF I flipped the board and rewired the buttons I could probably cut the dimensions on the height because battery and controller board could be directly underneath the screen.

2. Controls: I wanted to keep the original layout just like in xbox controller. As you see, the tac switches for A,B,X,Y Buttons are on top of trigger etc. I tried to come up with the way to keep them on one part of the case. So if I open it I do not have to bend too many wires. (They break with few bends). I chose thickness over height. Looks much better this way.

3. Speakers: They are about 1.5 inches. and a little bit thick. if you close the case, they fit perfectly in the place. Just few mm off and you will be hitting either case, controller board or rumble motors.

4. Rumble motors: They are pretty big.

Overall, the unit is pretty balanced as the heaviest part (Massive battery) is pretty much in the middle. It is comfortable to hold.

PLUS, with the size and space I do not have to worry about heat. There is a little mesh for wireless av transmitter to let go the heat just in case it becomes hot.

RDC did a great job at creating an alternative board for the wireless controller. If I was making another one I would really think of using his board. The thing is I am (was) really limited with time and tools for this project.

You really blew the roof off of what i have seen as a Xbox 360 Portable. By the way, what does that little device with the L/R Audio and video plugins.

I made the video where I talk about the hardware. Check out the first post for the video. I will post the video of the gameplay soon

I made the video with a gameplay. Check out the first post for the video. Some things came up on the way.

2. Not a big deal for my Xbox 360 WVI as I found out the input for transmitter is actually MONO (I think) but the output is made L/R Speaker.

Overall, the thing is awesome. I am spending more time playing it that on my 46" HD tv