I am Private First Class Carter. I am a Horizontal Engineer with the U.S Army. I just found out that im getting shiped back out to Iraq in july. I was wondering if there was anyway to get a xbox 360 laptop. Cause when im there if im not getting shot at or blown up or building things im about as bored as a person could be. Im a serious gamer and the military will allow me to bring a console but not a tv they provide a tv but i have to share with about 400 other soldiers all trying to play. If i sent you a xbox 360 is there anyway i could get the system for around a grand i dont have thousands to spend because i just had my second child a month ago and my wife loves to spend money. But any information regarding the xbox laptop and how i could get one before i shipout would be really awesome. Thanks for takeing the time to read this and i hope to hear from you soon.
Top

What are the features you are looking to have?
storage compartments? pelican case/cnc case? screen size?
Wedgix (custom linux distro): 20% complete
Top

Basically im just looking for a basic one. does not need a keyboard or anything speacial remember ill be in iraq lol. screen wise about 17 to 19 would be awesome. usb one port maybe two at the most. and dont have to have wifi most of the time ill be useing a etherent cable. and thats about it so basically just turn on put game in and play on or offline. but i would ask for a good size gb hard drive and one memory card slot to transfer saved data.
Top 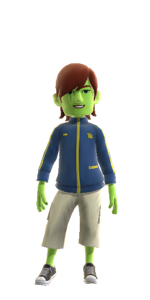 make it yourself, that way i have something to do on here